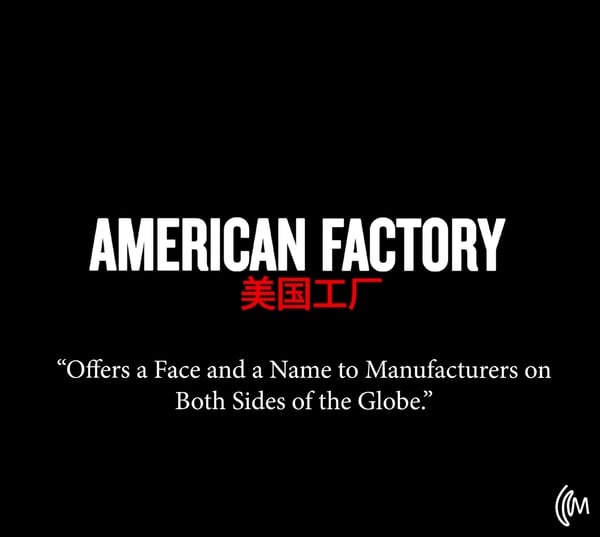 “In post-industrial Ohio, a Chinese billionaire opens a new factory in the husk of an abandoned General Motors plant. Early days of hope and optimism give way to setbacks as high-tech China clashes with working-class America”. - Netflix

I venture a guess that anyone in the metalworking nation, from the shop floor to the corner office, who scrolled upon this new Netflix documentary, “American Factory”, and read the blurb above, could predict the outcome of this cross-cultural manufacturing venture: disaster.

Rolling Stone Magazine, in their review, offered this spot-on summary. “American Factory sets out to chart what’s supposed to be a test run for the future of the auto industry and an example of positive international relations. It ends up capturing a cross-cultural car wreck in slow motion.”

In fact, I was so certain I knew what to expect from this movie, I put off watching it for two weeks. When I finally did sit down to watch, I spent half the time texting everyone I know in manufacturing and telling them, “you HAVE to watch this.”

Why? Let me start by assuring you, having grown up with a father in the US automotive industry, spent the last twenty years observing US manufacturing, and having visited China to observe manufacturing education first-hand on that side of the globe as well, there is nothing in this documentary that surprised me.

However, Steve Bognar and Julia Reichert, the documentarians who made “American Factory”, do so much more than exploit cultural clashes and the unmet expectations of laborers and bosses.

A review in the New York Times calls the movie, “political without being self-servingly didactic or strident, connecting the sociopolitical dots intelligently.” Or, as one user review on the IMDB official movie site writes more simply, “it’s a surprisingly fair look at the complex nature of how the manufacturing industry works in the 21st Century, here in America and in China, and how both cultures are experiencing upheaval in the interest of progress.” 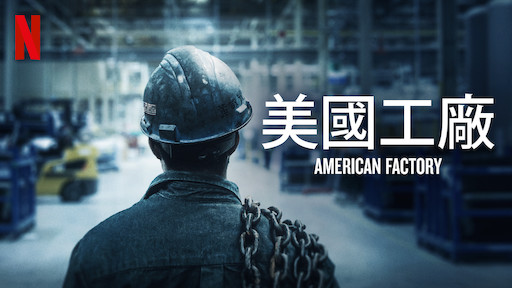 Under the sub-heading, “Future of manufacturing”, the EE Times, in their review of “American Factory”, offers my favorite take-away from the film: “Perhaps Chinese workers can out-produce us. Maybe they are better workers. But the future of manufacturing is adding value, not mastering repetitive tasks that will soon be consigned to robots. The future of work is about advanced manufacturing, fixing the robots when they break down, and calibrating them when the assembly line slows.”

In an interview with the publication Non Fiction Film, filmmaker Bognar describes the objective he and Reichert had when they set out to make the movie: "We have to be careful not to look at this phenomenon from our Midwestern American point of view. And we worked really hard in the film to sort of go into the sky and look down on both sides.” Later in the same interview, he adds, "We want to give voice to people who don't appear on-screen. Working people, their stories, their struggles, their hopes."

In my opinion, Bognar and Reichert accomplish this lofty goal and then some.

Currently “American Factory” is only available to watch on Netflix. However, it is worth searching your specific geographic area to see if the film is being screened locally. “American Factory” has been popular at several film festivals and, as recently as Sept. 4, Netflix sponsored a free screening at the Patriot Theater in Detroit.

For our MakingChips followers, as leaders in manufacturing, this film is a “must watch” opportunity, not just for you, but for the people you lead. In my own circle, so many great discussions have come from the themes presented within the two hour framework -- from capitalism, to workplace culture, to conflicting international values, to labor rights.

It might be hard to sell your employees on the idea of a fun, team building event, featuring a documentary film that hits so personally. Yet, offering your own in-house free screening might be the perfect opportunity to open up discussion of these genuinely pressing issues within our industry.

I’d make sure to throw in lots of movie-style candy and popcorn. Maybe even pizza and beer? No matter what you come up with, I guarantee you will find many timely and relevant issues to discuss regarding “American Factory”. This documentary is sure to produce a range of emotions as well. However, gaining new perspectives and hearing alternative opinions can only serve to strengthen your company, our industry and, in an even broader sense, our world.