Are You Ready to Adopt? 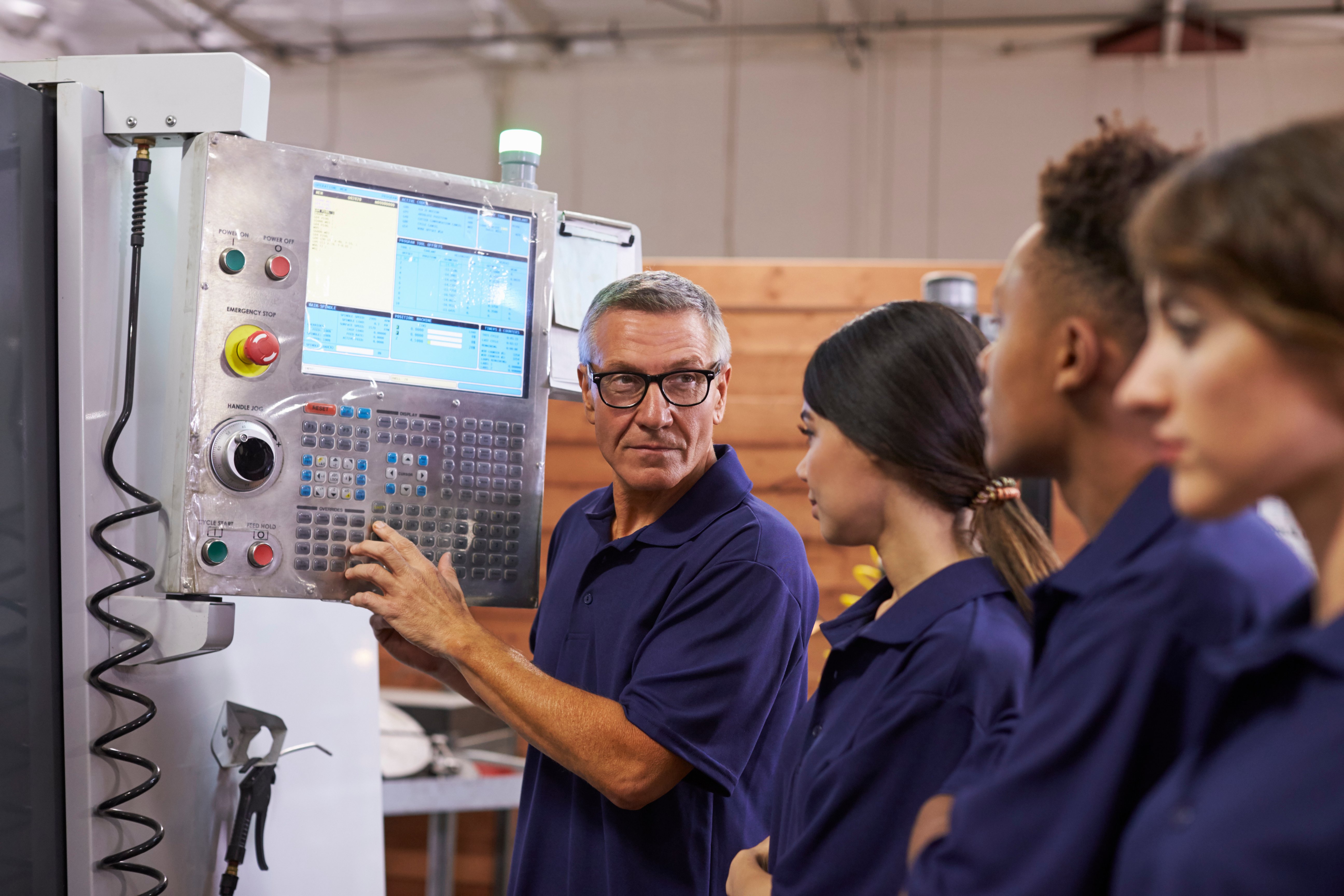 Apparently I wasn’t the only listener who felt inspired while listening to Jim Carr talk about the updates CARR Machine & Tool adopted in order to pivot from prototypes to becoming a full production machine shop. We’ve gotten a lot of positive feedback and follow up from our MakingChips audience. If you missed that episode, you can find it here.

The same week I listened to Jim’s episode, I also had a chance to listen to my husband, Dr. Tony Schmitz, give not one, but two separate interviews on the topic of “the future of manufacturing”. Now that we work side by side at the kitchen counter due to Covid-19, I am getting used to the many meetings and calls Tony fields in one day. Still, two interviews in one week is more than usual.

Being the natural eavesdropper that I am, it was only a few minutes before I started taking notes. Looking back at those notes today, there are some points of intersection between Tony’s academic and theoretical predictions and Jim’s practical, hands-on pivot, which I thought I’d share.

It might seem unrelated, but considering we are talking about adoption, I wonder if you’re familiar with the term “helicopter parent”? I first learned about it when the principal at my childrens’ public elementary school in Gainesville, FL, assigned a book on the topic as “required summer reading” for parents. Clearly she wasn’t in a position to enforce this requirement, but she managed to make her point: stop helicoptering your children.

In case you’re unfamiliar with the concept of helicopter parenting, it’s fairly easy to understand the metaphor: a helicopter hovers above and swoops in to rescue; a helicopter parent hovers over their child and swoops in to prevent any mistake or obstacle their kid might face. Strangely it has become almost expected that to be “a good parent” these days you have to make sure your kid never experiences failure or feels disappointed. Weird, I know.

So how does this relate to manufacturing? Well, if you remember, Jim introduced the podcast episode by explaining how his dad taught him the business using old-school methods and that his new business model is quite different. Additionally, one of the issues referenced in both of Tony’s interviews had to do with digital machining and the question of whether it was easier to train a new generation of machinists to use these new technologies or retrain the existing workforce.

Jim’s successful transition from prototype machining to production is not just about getting lucky that an existing client took a chance on CARR, but about Jim’s willingness to go out on a limb, try something new and possibly fail. Tony’s answer to the question of which employee is easier to train hinged on this same idea. There’s no definitive answer, but as a professor who is around next generation students every day, he said,

“They have absolute comfort interacting with screens. Digital manufacturing is where we are headed, and we need to be able to work with people who are comfortable with modeling data collection etc. That is how [the new generation] relates. They’re completely comfortable with digital”. Then he told a story about trying to teach himself to use a new software earlier that day. He said, “My generation and older, we don’t want to press the wrong button etc. We’ll mess something up. My students would just be trying stuff. I am just sitting here, trying to figure it out.”

Fear of failure has been documented as one of the worst outcomes associated with helicopter parenting. Kids can become so insecure and scared, they end up opting for what is predictable and easy, such as low risk jobs and relationships, rather than aiming higher and exploiting their potential. Fear of failure is also one of the biggest problems with pivoting in manufacturing, whether to produce something new or adopt a new technology. As a business leader, you have to leave a margin for failure, which can be scary and expensive. Yet, without the risk, there is very little chance of progress or reward. It’s important for manufacturing leaders to consider how their company culture is affecting the adoption of new and emerging technologies.

No meaningful manufacturing podcast or interview seems to take place these days without a discussion regarding the future, and a prediction regarding what comes next. As Jim discussed, automation, cobots, robots, etc. is still something in the future for CARR. His recent progress centered on improving quoting, planning, and documentation processes.

In Tony’s interview on the IMTS Network, he discussed how machining is essential to advancing manufacturing in the U.S. Then he introduced a current area of research at the Manufacturing Demonstration Facility at Oak Ridge National Lab, the Moonshot. Since 1955, the U.S. has lost 70% of its large-scale casting capability. We no longer build our own machine tool bases, and foundries are not coming back. Moonshot offers a potential solution, utilizing 3D printing and ordinary concrete.

In Tony’s second interview he was asked to talk about upcoming technologies, and rather than talking about the Moonshot or some other research project, he surprised me a little when I overheard him explain that, in reality, he was less interested in new technologies and more excited about making the best use of the existing technology already available.

“Manufacturing equipment is underused particularly in a flexible environment versus fixed. I am more excited about using what we have by integrating versus introducing new technologies. The job shop makes up the biggest part of this, because first guess is so important. You quote on a margin and a mistake can cause you to lose your business. These are the people who will benefit most from emerging technologies but they are also most likely to be the late adopters.”

Looking back on Jim’s podcast episode, he also talked about quoting and the slim margin for error. As a matter of fact, that was the first change he adopted that helped him make the successful pivot.

Tony ended his interview by stating that technology offers so much value and it is easy for someone like him, an engineering professor with a research lab, to come up with new advances in the industry, but it amounts to nothing if it can’t be conveyed to the very people who can use it. Tony explained that innovation is highly valued in U.S. culture, but adoption culture is where we have a disconnect.

The consistent challenge in our industry seems to be trying to convince executives from different walks of life to see the value in new available technologies. Overall, smaller manufacturers tend to make the leap to advanced manufacturing technology in order to gain competitiveness, whereas larger manufacturers consider adopting new technology as a source of lower manufacturing costs

Assessing which critical factors are influencing your personal approach begins with identifying the current hurdles and barriers standing in your way of utilizing the most up-to-date technology available to you.

Listening to Jim and Tony’s separate interviews side by side helped me gain a comprehensive view, incorporating both the practical and theoretical debate. My biggest takeaway is that neither side moves ahead on accident. It takes education, commitment, and risk.

So, ask yourself, in what areas are you ready to take a calculated risk toward progress? And where might you be resisting adoption of something new and innovative? I’d love to hear from you.