How Many Avocados Does it Take to Pass a Trade Agreement?

According to this week’s MakingChips news story, lawmakers will soon be voting on the new US-Mexico-Canada Agreement (USMCA), pronounced “oooze meck ahh” according to Jason, or simply called “the new NAFTA” by most news outlets. The trouble is, when Washington says “soon”, how soon is “soon”? As with everything in politics, that depends on who you ask and what hurdles remain to be cleared. 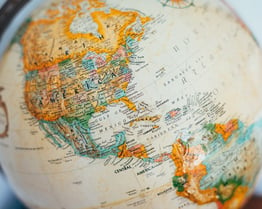 USMCA is a massive trade deal proposed to replace the twenty-five year old North American Free Trade Agreement (NAFTA) and it promises to create good jobs in all three countries. If you’d asked me a week ago how soon lawmakers might be voting on this, I might have said “not in this lifetime”. However this has been an eventful week and it seems now that lawmakers may indeed get to vote on USMCA “soon”, as in “a short period of time” from now.


So what moved the needle?


Last week, President Trump announced the US will lift steel and aluminum tariffs on Canada and Mexico, and Canada said it will lift retaliatory duties on US products as part of the deal, which will take effect within two days.


This move removes the 25 percent steel and 10 percent aluminum tariffs the US placed on Canada and Mexico almost a year ago in the name of national security. As part of the agreement, the US will be able to re-impose the tariffs on metals imports if not enough is done to prevent any surge of metals imports beyond historical levels. The three nations have also agreed to ramp up efforts to trace where the metals have come from originally, to stop the diversion of shipments from other nations to dodge tariffs.


Whether or not the significance of this move is immediately clear to you, and regardless of whether or not this is good for the US metalworking industry, the fact is these particular tariffs have stood in the way of getting Trump’s new NAFTA deal approved by Congress, and ratified in Canada and Mexico.


“Tariffs on steel and aluminum and our countermeasures represented significant barriers to moving forward with the new NAFTA agreement," Canadian Prime Minister Justin Trudeau said Friday at a steel plant in Hamilton, Ontario. US business groups and some lawmakers also praised the agreement, saying it would help gather momentum for the passage of the USMCA.


“This move, coupled with the lifting of retaliatory duties, will bring immediate relief to American farmers and manufacturers,” said Tom Donohue, president of the US Chamber of Commerce. “This action delivers a welcome burst of momentum for the USMCA in Congress, and we urge the administration and Congress to continue their efforts to chart a path toward its approval as soon as possible.”


While the Trump administration hoped removing these steel and aluminum tariffs would be enough to clear a major hurdle for lawmakers and kick-start approval of USMCA, after several recent meetings between House Speaker Nancy Pelosi and trade chief Robert Lighthizer and his team, they decided they would need more time to get Democrats on board.


This might sound like a setback, but it’s actually a big step forward. While Pelosi previously said she wanted to work with the administration to make the deal better for Democrats, this is the first time she has actually directed members of her party to sit down across the table from Lighthizer and his team and try to work it out.


Pelosi told Lighthizer she will designate members of her caucus as representatives to address labor, enforcement, environment and pharmaceutical provisions of the deal, the issues that her members have flagged as insufficient.


Even more encouraging, Steny Hoyer, the second ranking Democrat in the House, told reporters Tuesday, “The administration wants to get to yes, we would like to get to yes.”


As the next procedural step, the White House has to submit a draft and start a 30-day clock before legislation can be sent to Congress for lawmakers to put to a vote.


Deputy USTR C.J. Mahoney and the White House office of legislative affairs have been holding weekly inter-agency meetings on USMCA for the past six weeks gearing up to submit the draft to Congress, but nothing has been submitted yet.


So will lawmakers be voting on USMCA anytime soon?


Ohio Senator Rob Portman said Tuesday that while Lighthizer believed Democrats “are trying to get to yes” and their negotiations with the White House are “productive and in good faith”, Lighthizer also told the GOP caucus no decision has been made on the timing for submitting the agreement for a vote, because “it depends on House leadership.”


To summarize: once that draft is submitted, it’s a 30-day wait until the vote. So that is where we stand today -- waiting on a draft.


Will USMCA get the green light when it finally comes up for a vote? My best guess is that it will. As for how this affects Jason’s avocado purchases, as discussed this week on the MakingChips podcast, there’s a little less data to go on.


Despite an interesting history of “Guaconomics” published a few weeks ago by the Washington Post, and a less credible commercial news piece stating avocados may be more expensive in the US under the new NAFTA, it’s really anybody’s guess.


One fact that seems to be undisputed about that mushy green toast-topper or tortilla dip so many people seem to go crazy for is that an avocado is actually a fruit and not a vegetable. Wild, I know!


Now how does this relate to NAFTA, USMCA, or the New NAFTA? It doesn’t. Still, a bit of trivial knowledge might go a long way in compensating for the fact I spent all week trying to find out for our MakingChips readers exactly when this USMCA vote would happen and I came back empty-handed.


For now, the best I can provide is a peace offering to the metalworking nation. Here is my previously secret, tried-and-true recipe for guacamole - simple, reliable, and absolutely nothing like trying to get a trade deal passed by the legislature. 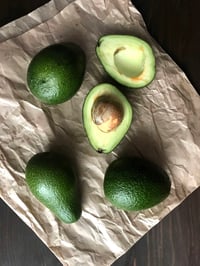 
Instructions: Chop red onion. De-seed and chop jalapeño. Juice the lemon and lime. Mash avocados in a large dish. Mix in onion, jalapeño, lemon, and lime juice. Salt to taste. Serve on toast or with your favorite tortilla chips.  BAM!