Is Your Manufacturing Business Cyber-Secure?

We have spent a lot of time talking about interconnectivity, data gathering, assessment, and analytics over the past month, however there is another side to digital progress we can’t overlook. As manufacturing operations increasingly become digitized and data-driven, US manufacturing has become one of the most susceptible industries to face the threat of cyber attacks.

When you step back and consider the complexities of multi-organizational dependencies and data-management in modern supply chains it is fairly easy to understand how our vulnerabilities are increasing.

Though there is widespread agreement among government agencies, cybersecurity firms, and leading academic computer science departments that the threat to US industrial firms is legitimate, unfortunately, many manufacturers do not see themselves or their small businesses to be at particular risk.

According to a September 2017 report published by MForesight: Alliance for Manufacturing Foresight and the Computing Research Association’s Computing Community Consortium, this lack of recognition of the threat may represent the greatest risk of cybersecurity failure for manufacturers.

Even those manufacturing leaders who agree this is an area of concern have struggled to adopt any sort of cybersecurity assessment or disaster plan.

I am not one to pay much attention to conspiracy theories or doomsday prophets. For that matter, I’d count myself as being skeptical at best toward almost any alarming news story. However, in researching this topic I did come across a few items from respectable sources that may be of interest.

The Washington Beacon disclosed that in 2014, Russian hackers were suspected of using malware, including BlackEnergy, to map US water and industrial control systems since 2011.

They also reported on a 2016 notice from the Defense Intelligence Agency which circulated within the Pentagon stating security software being developed by Kaspersky Lab, a Russian-origin company, will create vulnerabilities for US industrial control systems and supervisory control and data acquisition software, or SCADA, systems, if purchased and deployed by American utilities.

In 2016, the US Department of Homeland Security’s Industrial Control Systems Cybersecurity Emergency Response Team (ICS-CERT) said in a report that it investigated 97 incidents at critical manufacturers, including makers of vehicles and other types of transportation equipment as well as metals, machinery and electrical equipment producers.

Altogether ICS-CERT said it responded to a total of 295 cyber incidents in 2016, up 20 percent from the previous fiscal year.

The agency’s chief, Marty Edwards, warned that the increase in attacks was caused by operators exposing industrial control systems to the Internet.

Within the manufacturing industry, it is rare for any leader to ignore safety protocols of any sort and I believe this holds true for cyber safety as well. However, where our industry occasionally does struggle is in closing the gap between new information and technology being released and its widespread understanding and adoption.

Accepting that even a small manufacturing business may be susceptible to attack is one thing, but knowing what to do about it is another.

Below are three types of cyber attacks every manufacturing leader needs to anticipate, as well as steps you can take to protect yourself, your employees, and your business.

Phishing is a cybercrime in which an individual is contacted by email, telephone, or text message by someone posing as a legitimate institution in order to lure that individual into providing sensitive data such as personally identifiable information, banking and credit card details, and passwords. The information is then used to access important accounts and can result in identity theft and financial loss.

Common warning signs of phishing include:

As a business leader, you can protect your business and its employees from the dangers of phishing by implementing training sessions on data disclosure and instructing on how to recognize and respond to phishing. 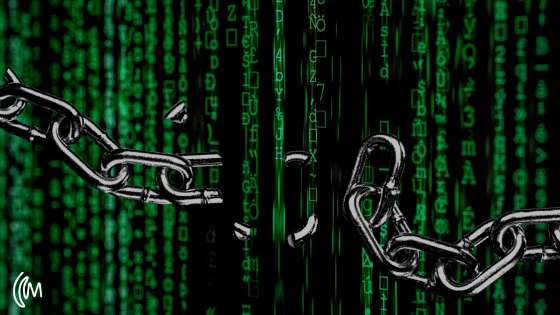 As we often discuss on the MakingChips podcast, complex supply chains operate more efficiently when data is shared between manufacturers and their suppliers and vendors. However, this also increases the chances of an attack if unauthorized users get access to your network.

According to Security Week, supply chain attacks aim to compromise a target by exploiting third-party services and software. These attacks take many forms, including the hijacking of software updates to inject malicious code into legitimate software. Threat actors abuse stolen credentials or compromised third-party libraries to exploit software developers in their attacks.

The common signs your network has been hacked by a third party are:

Malware, or malicious software, is any program or file that is harmful to a computer user. Types of malware can include computer viruses, worms, Trojan horses, and spyware. These malicious programs can perform a variety of different functions such as stealing, encrypting, or deleting sensitive data, altering or hijacking core computing functions, and monitoring computer activity without permission.

Malware authors use a variety of physical and virtual means to spread malware that infect devices and networks.

While the benefits of adopting 4.0 technologies are well known, nearly 75% of manufacturers still operate legacy systems that aren’t built to account for today’s security threats.

When computer systems are outdated, the chance of experiencing a cyber attack dramatically increases. A legacy system can be the gateway for malware to spread throughout a network and disrupt production.

To protect against malware, manufacturers can take the following steps:

If all of this is news to you, don’t be alarmed. The first step is to acknowledge the manufacturing industry is a prime target for cyber attack. Beyond that, anticipating cyber attacks, educating yourself and your employees on what to look for and how to respond, and investing in cybersecurity measures will help to dramatically eliminate this growing threat from impacting both your personal business and our collective industry of US manufacturers.