Not Sharing Is Killing Manufacturing

Manufacturers are not traditionally known for being the most open organizations. This is often tied to the fact that many of their customers have parts that are proprietary or connected with the government or military. But, this NDA-culture has perpetuated most of the culture around manufacturing in general, and it may be killing our industry.


Let’s take a company - we’ll call them Lazers-R-US for the sake of this anecdote - and they are preparing to bring a new laser technology to market that will change the way the industry works.


We would all assume that Lazers-R-Us already has a patent out on their technology, and they don’t want their competitors, or potential competitors, knowing how the tech is integrated, controlled, or any other facet of the device. 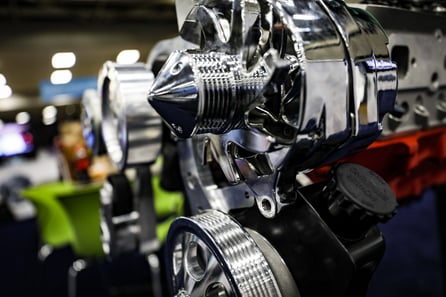 Now, patents are often publicly accessible after something like 18 months, which drives companies to attempt to hide the nuances of how their patented technology integrates and connects within a machine, work cell, et. al.


Unbeknownst to Lazers-R-Us, another company (let’s call them ABC Gantry) is working on a patenting a machine-agnostic tool and control system that provides seamless integration between a cutting device (like a laser or water jet) and any CNC gantry system - creating a simple system that would benefit many manufacturers of these tools, if ABC Gantry was willing to become an OEM.


Here’s the issue, Lazers-R-Us, as well as many other companies like them, would greatly benefit from establishing a partnership with ABC Gantry, but the NDA-culture amongst companies creates a significant barrier to making this happen. It could still happen eventually, but the avoidance of even talking with potential or perceived competitors in slows the process.


If nobody knows what anybody else is doing, progress slows… significantly.


I am suggesting that, as manufacturers, we stop putting up so many walls. Even with our competitors.


This is especially true in the niche areas of our various markets and industries. Work holding and tooling are areas that could create exponentially better systems (and make tons more money and have much happier customers) if we’d just work together.


Communication is key to progress, and opening up, even to our competitors, is likely to not only create a better product, but a better market overall.