4 Myths of the 4th Industrial Revolution 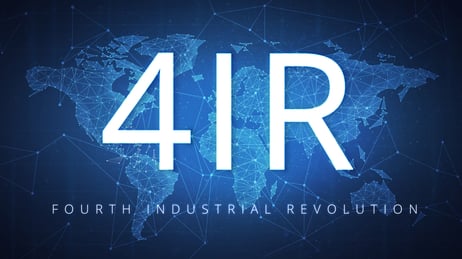 As you know, times they are a’changing for all of us here in the metalworking nation. Welcome to the fourth industrial revolution, or “4IR” as it is being called.

This week’s MakingChips news segment focuses on a surge of manufacturing in New York City, and if you are as nerdy as me and scroll down to the comments section, it also includes a wonderful overview of some other large cities where the 4IR is having an impact, (thanks to contributor @edward_c_greenberg). While this is all certainly relevant and interesting news, for me the greatest value of this article was the succinct overview of the three previous industrial revolutions and a definition of the current one:

“The first Industrial Revolution used water and steam power to mechanize production. The second used electric power to create mass production. The third used electronics and information technology to automate production. Now a Fourth Industrial Revolution is building on the third, the digital revolution that has been occurring since the middle of the last century. It is characterized by a fusion of technologies that is blurring the lines between the physical, digital and biological spheres.”

It’s hard to process history as it is being made, yet our industry is in the middle of radical change - a position our ancestors navigated three times previously over the course of two centuries - and it is within our nature to try to make sense of current affairs. Processes, materials, and technology may change with each revolution, yet change itself is inevitable and the navigation of change produces the same fears, opportunities, failures, and delights throughout all of time.

The World Economic Forum recently conducted a survey and produced an article analyzing common myths about manufacturing in the 4IR. Their writing is comprehensive and includes multiple infographics to help digest some of the details. It is certainly worth reading through both the findings of the study and the analysis. However, for your convenience, here is a breakdown of the four most common myths they found.

Adopting new technology is too expensive

Manufacturers everywhere seem to accept that the latest technology, machinery, equipment, robotics, etc., would drastically transform the way they do business. There is also a universal awareness that these changes require significant investment.

In response, many manufacturers wait for prices to go down before making this sort of investment. Yet, according to the McKinsey Global Institute, this strategy doesn’t seem to pay off. The McKinsey simulation suggests it is the early adopters of key 4IR technology who will increase their cash flow by 122%, while followers will see only a 10% cash flow increase.

Robots and automation are destroying the workforce

Except for Jason, who actively embraces a Fifth Industrial Revolution that resembles Star Wars, fear of the 4IR is dominated by a vision of robots and smart algorithms creating “lights-off factories” in which humans are no longer needed, and sparking massive unemployment and social unrest.

While there is no doubt that work involving unskilled and repetitive tasks will decline, “The Future of Jobs” report by the World Economic Forum shows, for the 75 million jobs that will disappear, 133 million new jobs will be created by 2022. Additionally, not only will there be more jobs, but the new jobs will also be more attractive compared to the disappearing jobs, including more diverse and challenging tasks, and a higher emphasis on creativity, problem-solving and interpersonal communication skills.

As we have been discussing for the past six months on the MakingChips blog, the challenge is not a decrease in jobs but how to increase skills within the existing workforce and recruit new talent to fill positions in data analytics, artificial intelligence, software and application development and technologies.

Becoming sustainable is painful and unprofitable

In the 4IR, going green means more than planting trees and installing a few solar panels. Sustainability now has broad implications and encompasses an overall positive contribution to the workforce, society and the environment at large.

Becoming sustainable also does not need to include massive changes or compromises. As the article points out, the installation of intelligent lighting controls can save over 40% of energy used in lighting, and a building energy management system to optimize a plant’s energy use can save up to 30% of energy consumption. Finally, some of the easiest savings can be made by managing off-time schedules more accurately. 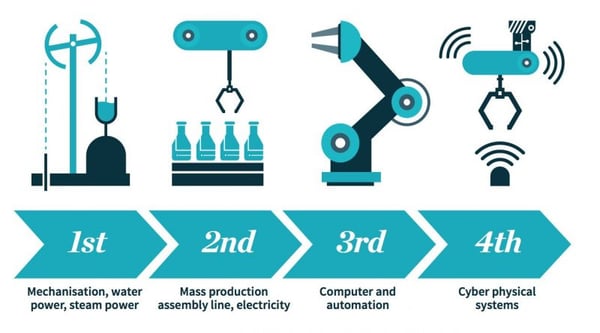 The article dispels this myth by citing a recent World Economic Forum white paper which details 16 of the world’s most advanced 4IR factories. It includes a factory owned by Rold, an Italian SME with 250 staff, which implemented 4IR technologies with a small team and limited investment. The company created full transparency of its production process in order to identify and resolve root causes for quality deviations and performance losses. After only one year, the company achieved 7-8% revenue growth, enabled by an 11% increase of the overall equipment effectiveness (OEE).

As the age-old proverb goes, “If you can’t beat them, join them”. In this case, the 4IR is here and, like it or not, we are all in the middle of it. In fact, if you are a manufacturing leader, you are writing the history of our industry with the choices you make regarding the adoption of new technology, alternative energy, sustainable practices, and progressive management and communication styles.

It is our sincere hope that MakingChips is part of this history in the making.

Subscribe to MakingChips and get notified on whats new!