The Basics of an Employee Stock Ownership Plan 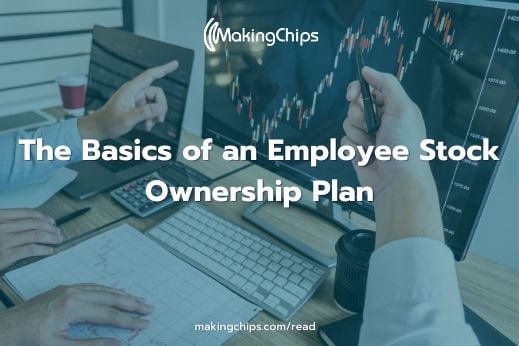 The very technical definition of an Employee Stock Ownership Plan (ESOP) is that it is an employee benefit plan that gives workers ownership interest in the company; this interest takes the form of shares of stock.

ESOPs give the sponsoring company—the selling shareholder—and participants various tax benefits, making them qualified plans. Employers often use ESOPs as a corporate-finance strategy to align the interests of their employees with those of their shareholders.

It gives employees ownership in the company. They can own stock in their company. It encourages employees to do what’s best for shareholders since the employees themselves own stock.

It sounds benevolent to sell to your employees. However, it also gives the owner a tax benefit. Even though it’s technically your employees taking ownership of the company, you don’t need buy-in or approval from anyone to form an ESOP. You want to inform your company what’s going on but If you want to turn your company into an ESOP you can do it and it’s done.

Jeff’s role in creating an ESOP at Crafts

Nobody in an ESOP ever buys stock—it’s always given or “earned.” You essentially borrow $5 million and amortize it over 25 years (like a mortgage) and distribute it each year. In essence, the owner has rights to the $5 million. They become subordinate to the bank and eventually get the $5 million. The bank may lend them $1 million and the sellers hold $4 million in notes and get interest (to make it attractive to the sellers). The bank gets the money first if the business goes belly up.

The first thing you do is choose what percentage of the business you want to sell to your employees. If you want to sell 80%, you can retain 20%. The 80% is fully leveraged. But someone has to finance the employee’s buying of that 80%.

Jeff came into Crafts knowing that he would be establishing an ESOP. How did the team take it? The pitch to the employees was “This is what we’re doing” and establishing how it would be good for them. They can decide whether or not to stay or leave. Most are intrigued and want to earn a piece of the company with no invested capital.

An added benefit of an ESOP is that the team holds each other accountable when they’re invested in the company. It’s also a great strategy to attract talent to your company.

How shares are split among the company

It’s been 8 years since Jeff joined the Crafts. Every year each team member is awarded shares of the company that is commensurate with their income. So if someone makes twice as much, they earn twice as much. That is how it is commonly structured. So let’s say you earned 10 shares the first year and each one was worth $100. The next year you might have 200 shares and each share is worth $2,000. But just like running a public company, there is always the chance that share values can depreciate.

Carr Machine & Tool has a profit-sharing and pension plan with annual statements showing appreciation. It rarely moves backward unless the market takes a dive. How does that differ from an ESOP? Profit-sharing is a one-and-done bonus. Employees aren’t invested and often leave after they earn their bonus.

But an ESOP keeps your employees invested and thinking about the next year and next decade. The minute you start doing that, things change. The success has to do with the leadership and whether or not the people are aligned with the culture. At the end of the day, the success of the ESOP depends on how leadership communicates its value to the company.

Who should consider an ESOP? What kind of return does an ESOP get? Listen to this episode of Making Chips for an in-depth look at ESOPs and how one could impact your business.