Fact or Fiction? Can These Robot Movies Be More Real Than We Thought?

This week’s MakingChips manufacturing news story, The Great Robot Takeover: Fact or Fiction, provided a surprisingly comprehensive look at the past, present, and future of incorporating robots into manufacturing processes as well as the emotional and physical implications on the human workforce which stem from this progression.

Early in the article, author John Hitch references a classic “I Love Lucy” episode where Lucy and Ethel are outperformed by an efficient conveyor belt. Then, toward the end of the article, in his conclusion, Hitch writes, “Robots aren’t just going to be in factories in the next decade, but also hospital floors delivering drugs or moving patients, in homes assisting the elderly or disabled, and hopefully doing my yard work. They are going to be ev­erywhere, and we need to prepare.”

This statement conjured up images for me of so many films throughout the years where robots have been depicted as living and working among us, whether for good or evil.

Robots have been part of movies since the early days of motion picture history when “Robot Maria” first  appeared in the 1927 silent movie Metropolis. As a matter of fact, even the term ‘robot’ comes from the 1920 play “R.U.R.” (Rossum’s Universal Robots) by playwright Karel Capek, which imagined the creation of artificial human bodies without souls. His term ‘robot’ came from the Slavic word ‘robota’ which means “forced labor”.

In reference to this week’s article, and in honor of summertime blockbuster movie season, I decided to curate a list of the top 10 robot-themed movies I’ve seen. Hopefully some will bring back good memories for you and, if there are any you haven’t seen yet, maybe you’ll be inspired to pop some popcorn and spend a couple of hours escaping reality. Who knows, maybe one of these films will turn out to be more accurate than we ever believed? 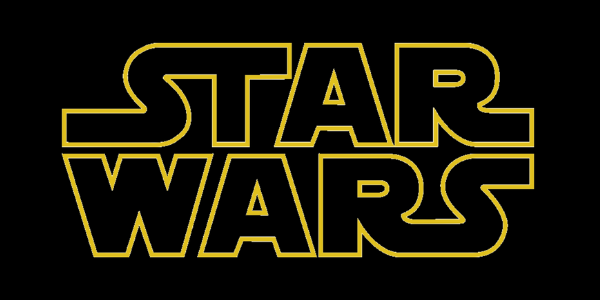 This epic space film written and directed by George Lucas focuses on the Rebel Alliance, led by Princess Leia, and its attempt to destroy the Galactic Empire's space station, the Death Star. Star Wars, and its eight related films, incorporates robots, called “droids” into everyday life as helpful assistants  - some, such as R2D2 and C3PO, with personalities of their own. Action, adventure, drama, humor, romance - I saw this in the theater as a kid and I’ve seen every movie in the series. They’re all great, on so many levels, and definitely worth binging on the whole series if you have not already.

I mostly imagine robots as being made of metal and gears, and operating like machines. However, in this James Cameron classic, the young Arnold Schwarzenegger plays a killer robot from the future and he looks just like the rest of us - well, he looks just like some jacked-up World’s Strongest Man champion on steroids, but you know what I mean. There are five Terminator movies that follow, and most are worth watching, even if it’s just to follow the various iterations of Schwarzenegger’s character, or appreciate Cameron’s revolutionary CGI work in bringing the T-1000 to life.

Just as this week’s news article references, and as we all know, one of the greatest underlying fears about robots, automation, and artificial intelligence is that, after a certain point, the world won’t need humans anymore. The Matrix really takes this idea to the limit by imagining a future where humans are used as batteries for giant robots, while their minds are kept busy with a virtual reality simulation of the world. There are two more Matrix moves, but I can only vouch for the original, which is still fantastic two decades later.

This movie by Paul Verhoeven is both a lot funnier and a lot more violent than you might remember if you saw it years ago. The plot focuses on the internal and external battles faced by a hero cop who is eventually transformed into the futuristic cyborg of the film’s title. There are two sequels and it was announced last year that another RoboCop will come out in 2019. I only saw the first one, but I remember being 17 and shedding a few tears at the end.

I’ll ask you to set aside how much you hated the sequels for a moment and try to remember back to Michael Bay’s first Transformers movie. It was a wild mix of humor, action, and CGI. It was also a big-budget Hollywood movie inspired by an existing toy franchise - how is that even possible? The plot sounds ridiculous: an alien race of robots come to Earth, assume the ability to turn into everyday vehicles and other machines, and use this to try to overthrow the planet. Yet, somehow this idea really worked for the original film. The other six that followed . . . eh, not as much.

Set in 2035, highly intelligent robots fill public service positions throughout the world, operating under three rules to keep humans safe. Detective Del Spooner, played by Will Smith, investigates the alleged suicide of U.S. Robotics founder Alfred Lanning and believes a human-like robot murdered him. Spooner soon discovers a conspiracy that may enslave the entire human race. This movie was inspired by Isaac Asimov's short-story collection of the same name and weirdly there is a series of robot vacuum cleaners you can purchase that also share the same name. Buyer beware! Hopefully the human race is not overpowered by killer vacuums in the future.

The lead character, played by Hugh Jackman, was a prizefighter who lost his chance to win a title when indestructible robots took over the boxing ring. Now he works as a low-rent boxing promoter who pieces together scrap metal into mediocre fighters, competing underground. After hitting rock bottom, he teams up with his estranged son to build and train a champion robot for a last shot at redemption. Sports, robots, and making chips - this might be the metalworking nation’s greatest film fantasy.

Set in 2019 Los Angeles, former police officer Rick Deckard, played by Harrison Ford, is forced to go back to his old job as a "blade runner" and track down four bioengineered “replicants” and "retire" them -- a.k.a. kill them. The replicants in the film are not typical robots, but are only detectable due to the answers they give to certain seemingly mundane questions. Also they have souls and can die. There is a lot to like about this original film, and some lingering questions to consider such as whether one type of soul is more valid than another. While I have not seen the follow-up movie, Blade Runner 2049, my husband and 20-year old son both loved it as much as the original. It’s also fun to see how 2019 was imagined back in the 1980’s.

A robotic boy, the first robot ever programmed to love, is adopted as a test case by a Cybertronics employee and his wife. Though the boy gradually becomes their child, a series of circumstances make normal life impossible and he heads out on a journey to discover where he might truly belong. Like Blade Runner, this movie poses some lingering questions that, unbelievably, may have resonance for us all in the future as we will surely be faced with one day determining the lines that separate humans, robots, and machines.

I’m not really one for animated films, and I’ll admit I felt tempted to choose the Pixar classic WALL-E (2008) as my token “kid’s film” because it is pretty funny and sweet. However, The Iron Giant, based on the poet Ted Hughes’s children’s book, is not just one of my favorite robot movies, but one of those movies I have never been able to forget. It takes two seemingly contradictory ideas: 1. robots are scary and might take over the world, and 2. having a robot as a friend would be awesome, and combines them into a great dramatic and entertaining movie. One more surprise about this movie: Vin Diesel is the voice of the Giant and it’s probably the best role of his career.

I am sure I left out a few other films that are worth mentioning - I’m already thinking of Short Circuit (1986) and Ex Machina (2014). I am also sure there will be many more great robot movies to come, but I will stand by these ten for now.

One of the last things Hitch writes in his article for Industry Week is this:

“So, the real story from here needs to be how to create the skilled workers to install, run and maintain these robots, and how to responsibly transition the people replaced by automation to new jobs.”

Hitch is referencing the problems faced by the modern day incorporation of actual robots and cobots into manufacturing. However if you have seen even a few robot movies then you know how eerily applicable his statement is to the science fiction notion of robots taking over the world.

One of the basic conflicts each movie shares is the one between creator and creation - the humans who created the robots and the robots they created.

Maybe, as I stated earlier, these robot films will turn out to be more accurate than we ever believed.

Here’s what I can state for certain - robots are coming and for now, we humans are still in charge.

Subscribe to MakingChips and get notified on whats new or text CHIPS to 38470!