Uprising in a Time of Revolution: Is History Speaking to Metalworking Leaders?

Ever hear of the Luddites?

I’ll be honest, when I first came across the name I thought they were some tribe from the Bible I didn’t really remember.

I was way off. 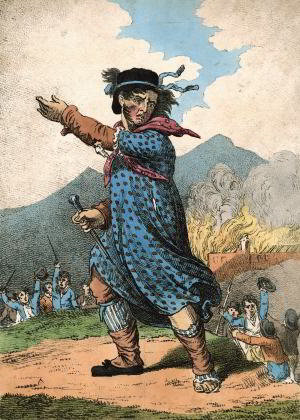 Illustration of the leader of the Luddites from a British periodical.

The Luddites were actually a radical group of 19th century English textile workers who destroyed machinery as a form of protest. They are defined in history books as trained artisans, stocking knitters and lace workers, who objected to the increased use of mechanized looms and knitting frames.

They spent years learning their craft and feared unskilled machine operators were robbing them of their livelihood.

Though the new mills were dangerous, the hours were longer, and the product was not as high in quality, many Luddites were willing to adapt to the mechanization of the textile industry as long as they shared in the profits.

However, productivity gains from technology were not shared with workers back in the 1800’s, and eventually this led to violent revolt and a sad end, with two dozen Luddites hanged publicly, another two dozen sent to prison, and 51 sentenced to be shipped to Australia.

Why should we care?

I will be the first to admit I am skeptical of most historical accounts. Yet, as a mother of two college-aged children, and as a writer and educator, I constantly tell stories about the past in order to convey moral and practical lessons about present-day life and the future.

There are certainly some indisputably good reasons to study history. Doctors, for example, look at patient histories in order to make diagnoses and determine therapies. Military units write after action reports to help assess reasons for success or failure. And, for better or for worse, history is a crucial part of every political discussion and debate.

So while I am not one to necessary believe with faith that all history books are accurate or that history inevitably repeats itself, historical analogies, comparisons, and metaphors are all around us and are surely still one of our greatest sources of collective wisdom.

Here is where the Luddites come in. 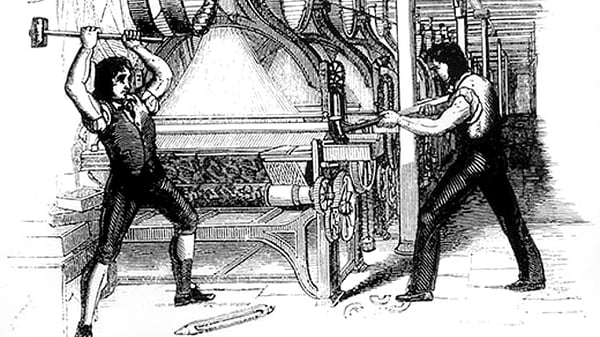 More than two centuries later, the term “Luddite” has now become synonymous with “technophobe”, or a person who dislikes new technology.

This is a bit of a mischaracterization because the Luddites (according to historical accounts) did not object to the use of new machinery. What fired them up was the new logic of industrial capitalism, where the productivity gains from new technology enriched only the machines’ owners and were not shared with the workers.

Nevertheless, as I get deeper into my research on robots, cobots, AI, IIoT, and the like, suddenly I am seeing the term Luddite as well, and I am starting to wonder if we need to take a closer look at history as we forge ahead into this Fourth Industrial Revolution?

Clive Thompson, author and journalist at the New York Times Magazine and Wired, researched Luddite history in an article for The Smithsonian to see what it could teach us about automation and what he refers to as, “the coming war in the job market”.

Some of Thompson’s research was a bit ‘out there’ for me, such as his quotes from Tyler Cowen, an economist at George Mason University who, in his recent book, “Average Is Over”, argued that automation could produce profound inequality.

Cowen states we are headed into an era where the majority of US workers will lose their jobs to robots and be forced into low-paying service work; where only a minority of highly skilled, creative and lucky workers will have lucrative jobs. Cowen’s solution is for society to create cheaper ways of living such as “denser cities, more trailer parks.”

However, Thompson also reviews the findings of Erik Brynjolfsson, an MIT economist who co-authored the book, “The Second Machine Age”, and who thinks automation won’t be so bad.

Brynjolfsson says, while the Luddites thought machines destroyed jobs, they were only half right. Machines can also, eventually, create new jobs.

“A lot of skilled artisans did lose their jobs,” Brynjolfsson says, but several decades later demand for labor rose as new job categories emerged, like office work. “Average wages have been increasing for the past 200 years,” he notes. “The machines were creating wealth!”

Brynjolfsson concludes the main problem with technological advance, in general, is that transition is rocky. Automation can destroy jobs more rapidly than it creates them, even though things might be fine in a few decades.

Brynjolfsson proposes that politicians adopt policies to ease the transition. “There’s a long list of ways we’ve tinkered with the economy to try and ensure shared prosperity,” he notes.
[Public education, progressive taxation, and antitrust laws, for example.]

Thompson concludes his article by asking, “Will there be another Luddite uprising?” He notes few historians interviewed believed that was likely. Yet many noted there are glimpses of Luddite-style thought throughout recent history, for example in the Occupy Wall Street protests, the environmental movement, and even in online activism, where hackers protest a company by flooding it with so much traffic that it gets knocked off­line. 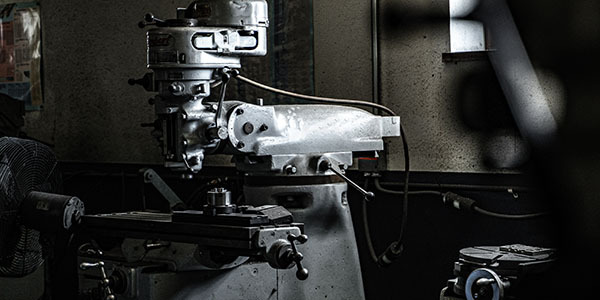 Quartz magazine interviewed Thompson to talk more about his research for the Smithsonian article. He said he believes as machine learning and robotics consume manufacturing and white-collar jobs alike, the 200-year-old Luddite rebellion’s implications for automation are more relevant than ever.

“The lesson you get from the end of the Luddites is: Do the people that are profiting off automation today want to participate in distributing their profits more widely around the population, or are they going to fight just as hard as they did back then?”

I believe for all of us in leadership roles within the metalworking industry this is a timely question to consider.

As you look toward the future, and focus on ways to use new technology to increase production and profits, how do you balance your economic progress with your ethical values? It may seem like a question for the distant future. But maybe not.

I challenge you today to consider the Luddites.